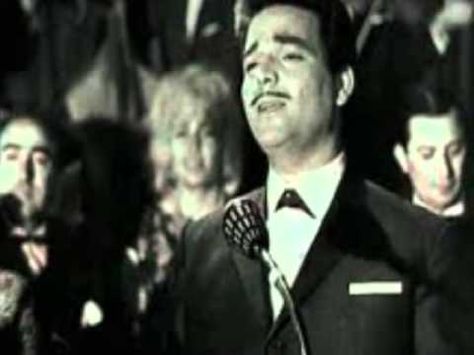 He made his debut in the discography in 1957 as the lyricist Christos Kolokotronis had proposed him to Columbia. He recorded his first song with Giota Lydia “I am a genuine gypsy” with lyrics by Kolokotronis and V. Karapatakis and three more songs follow when his collaboration with the company is abruptly terminated. He appeared on stage with Giorgos Zambetas and they also collaborated on records.

In 1958 he enlisted in the army and when he was fired he would continue on his way. His collaboration with the company Odeon begins. He appears in old Greek movies, he is invited to Onassis’ palace or villa. With Zambeta he will also go abroad. He collaborated with Zambetas, Babis Bakalis, Giorgos Mitsakis, Giorgos Manisialis, Costas Virvos, Charalambos Vassiliadis, Thodoris Derveniotis and others. His greatest success is the song “I came tonight on your stairs”.

His last record attempt was made in 1980 while his last public appearance was in Cyprus in 1990. The singer died at his home in Keratsini, on July 1, 1996.