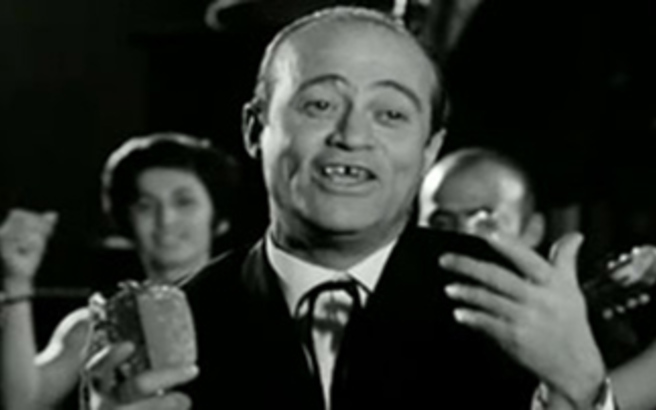 Popular singer and composer, who left an era during the years of dictatorship for his interpretive temperament and his figures on the “track”. He was called “Johnny Halliday” of Greece. His great hits are the songs Plays the baglamadakia and I will live a free bird, which are heard until today.

Christos Syrpos, as his full name was, was born in 1924 in Istanbul. He came to Greece with his family and settled in Drama, where he initially worked as a plumber. He entered the song with the encouragement and help of the rebetis Costas Kaplanis.

In the period 1950 – 1967 he sang “second” (second voice) and played guitar and baglamadaki next to the biggest names in folk song (Poly Panou, Giota Lydia, etc.), both in the discography and on stage. From 1967 he started a solo career with great success. It was the first name in the shops of the beach (Deilina etc.) and entertained their patrons until morning. He used to sing lying on his back on the “track”, while he was covered by piles of broken dishes.

His first great success came in the mid-1960s with the song of Zafiriou / Gavala To make your eyes happy. Then, with his characteristic “sharp” interpretation, I learned that you are a dude, The Cat will be revived and will continue dynamically with the Bird, In the taverns you walk around and the baglamadaki play.

After the Metapolitism it fell into obscurity, as musical tastes had changed. Political song and light folk now dominated. Christakis, forgotten, was singing about his livelihood in a popular center of Kavala, when he had his first stroke. He passed away on June 1, 1981 at IKA Thessaloniki. His funeral took place in Kavala, with the assistance of his friends and admirers.