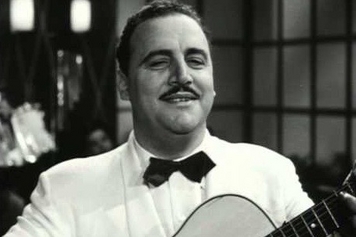 He performed in the Greek pentagram in the 1950s, either solo or in collaboration with the Belcado Trio. Consistently served the so-called light song.

The 1950s were marked by the great controversy of popular and light song after the fratricidal civil war. Gounaris was the main exponent of this genre. Characteristic are the words of Tsitsanis: “As long as Gounaris exists, the people cannot raise their heads”. Folk song will, of course, take revenge very soon, in the 60’s and will completely dominate in the coming years.

Nikos Gounaris first appeared in 1936 and emerged during the Occupation, in parallel with his participation in the Resistance. He offered invaluable services in the struggle for liberation and for his actions he was honored with the Excellence of the National Resistance.

His great hits were the songs: “Avtos o allos”, “Ena pera pou ‘vreche”, “Skali skali tha katevo” and “Archis ta ta organa”. He is also known for his participation in the Belcado Trio.

The popular Greek troubadour died of cancer on May 5, 1965.