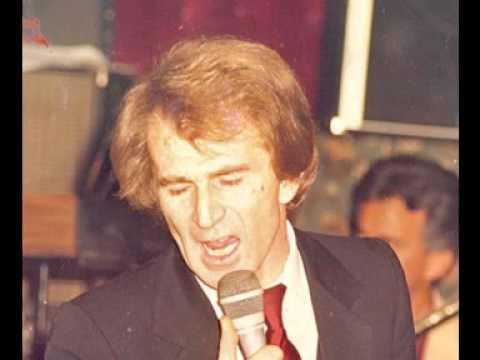 Polys Kermanidis, born in Xanthi on April 20, 1946, first appeared on the discography in the mid-1960s. In 1976 he “discreetly” covers Mitsakis’ song and unexpectedly makes the big “bang”. Mitsakis’s song, “strange”, “idiosyncratic” and “whimsical” in melodic writing and lyrical structure, perfectly ties in with Kermanidis’ voice, which is characterized by fluctuating breaths, direct, popular scope and power, familiar classical but also in a way anarchist – modern interpretation.

“Ships die in ports” is the title of the second personal album released by Panivar, which at that time had gathered many great folk singers (Vangelis Perpiniadis, Spyros Zagoraios, Prodromos Tsaousakis, George Lafkas, Babis etc.) that no longer “fit” in the traditional big record companies, as well as remarkable younger ones (Elena Giannakaki, Lefteri Pantazi, Andrea Zakynthinaki, etc.). People, perhaps tired of the “political-social” song, which in some cases loudly and abusively becomes an end in itself to exploit the post-political climate, embrace the songs of the album and Kermanidis becomes a first-rate star.

The album includes, among others, “Betrayed kisses” (P. Kermanidis), “In a house built with tears” (B. Markaki) and the wonderful “My poor heart, be patient” (Chr. Kotsoni). The song is based on the same “Arab-Egyptian” purpose on which Manolis Angelopoulos based his musical adaptation, with lyrics by Maros Bizani, on the legendary “Your black eyes”. The adaptation of Kotsonis (composer, bouzouki player and collaborator of Kermanidis for years) is faster and “flexible” than that of Angelopoulos, which is dominated by the imposing sound of the harmonium.

The following year, Kermanidis released the album “Dino kai ta resta mou”, from which Kotsonis’s very beautiful song “Irthes avto lemos” stood out. This will be followed by the big albums “Human Weaknesses” (1979) with “Support me”, always by Kotsonis, and “I wish I was crazy” (1981). He leaves Panivar and makes two LPs at CBS, one at Music Box and returns to Panivar.

“Ships die in ports” is a trademark of Kermanidis and perfectly expresses, as a title, the course of classical folk song in the 70’s. Mitsakis’ song, which, as it is known, had a particular weakness in “marine” issues, dominated the pirate stations that sold plots in installments, monopolized the preferences in jukebox, became a slogan and endured over time. It is characteristic that few know the execution of Papadakis and consider it as the first and authentic one of Kermanidis.