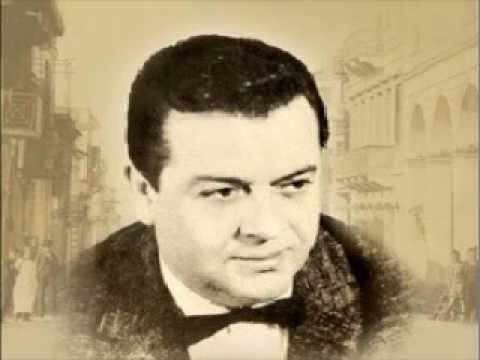 He was born in Patras on March 17, 1920 and from a very young age he was forced to work when he was orphaned by his father. At the age of 16 he left for Athens and in 1937 he released his first album. His biggest hit was the song Tinai’s what they call love, which he sang with Sophia Loren for The Child and the Dolphin, which sold over 2,500,000 records worldwide. In 1961 he won the 4th prize at the Thessaloniki Song Festival with the song Geramata.

He died on July 22, 1988 of cancer. He was married to Erasmia and they had two sons, Takis and Michalis. Since 2009 the Municipality of Patras organizes events in his honor, Maroudia – what is it that they call love with three-day events