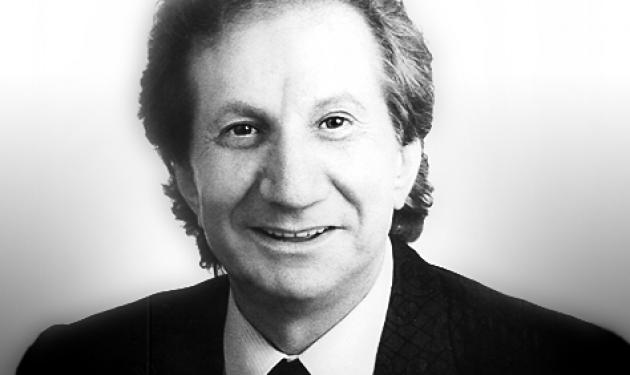 He was born and raised in Menidi and was the son of a guardian with many children in the Vegetable Market of Athens. From a young age he started playing the bouzouki, carried away by the sounds of a nightclub in Athens. He first appeared on a popular stage in 1953 at the “Drosia” center of Dimitris Gikas in Menidi, where Michalis Daskalakis, Takis Binis, George Lafkas and Gerasimos Klouvatos also appeared.

In 1957 he started his discography with “I will build a hut” by Ger. Kouvatou. It was established and recognized especially with compositions by A. Kaldaras, such as “Do not wait any longer”, “I despise me, my sweet”, “You will get used to me a little bit”, “Petradaki-petradaki” etc. He also collaborated with other important names of the song, such as Gerasimos Klouvatos, Vassilis Vassiliadis, Akis Panou, etc .. At the same time, his tall stature, his masculine appearance and his seriousness soon made him an idol of the time. , a fact that helped him to become one of the most successful nightclub entrepreneurs, when in 1964 he decided with his brother Kosmas Kalogranis to create a nightclub. He was the creator and owner of the “Fantasia” Center, which became on the one hand a symbol of the Athenian night (in which the folklore habit of “breaking dishes” emerged) and on the other hand a center for the emergence of young artists, such as Doukissa, G. Poulopoulos, T. Voskopoulos, Giannis Kalatzis and others. but also support of older artists in their difficult moments such as G. Zambeta etc ..

Michalis Menidiatis, friendly and polite, managed, despite the intense temptations of the night artistic life in general, to create and maintain a very good family without ever giving reasons for unfavorable comments. Wearing, almost always, big dark sunglasses and driving his own car, he regularly visited various corners of Piraeus, Egaleo, Faliro, etc. in which he threw a few walks of Smyrna zeibek.

Michalis Menidiatis died at the age of 80, on August 21, 2012, after a long battle with cancer. His son is also the singer, Christos Menidiatis.