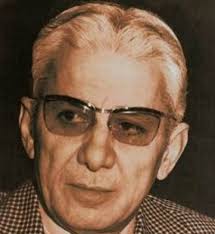 He was born in Nice in 1927 – his father was the famous rebetis Stellakis Perpiniadis. He started singing at a young age in Osia Xeni of Nice, wanting to follow the priestly branch, but the song quickly won him over. A student still started playing the bouzouki and singing. In 1947 he first appeared in the talent concert of Mimi Traiforos, performing two songs by Sofia Vembo. His first recording, in 1953, was the song “Dusk” by Kostas Kaplanis, where he sang as a second voice close to Anna Chrysafi. His first song he recorded was “Cry with friends cry with me”, three years later.

His great success came in 1960 with “The news of Alexandra”, a song that can be heard to this day. In 1963 he started singing with Ria Norma, with whom they made one of the most popular duets of the time. In 1966 they sang artistic compositions by Christos Leontis, from which the songs “Where to dream” and “The rainy night will come” became a success.

Apart from the above, Vangelis Pepriniadis sang compositions of his own (of which songs such as “You want me to die”, “A doll and a doll”, “Turn around”) and Apostolos Kaldaras (“Why sweet” you cry for me “,” I’m going up the stairs “), by George Katsaros, by Babis Bakalis. He also performed many songs by Vamvakaris, Tsitsani, Chiotis and others.

He started playing live at an early age, initially in his father’s shop. He used to sing at festivals all over Greece, while he continued his live performances until shortly before the end of his life. He also sang abroad for the Greek community.

In 2001 his autobiography Before the End was published by Proskinio.

He died on May 12, 2003 after a battle with cancer and was buried in DG Cemetery.