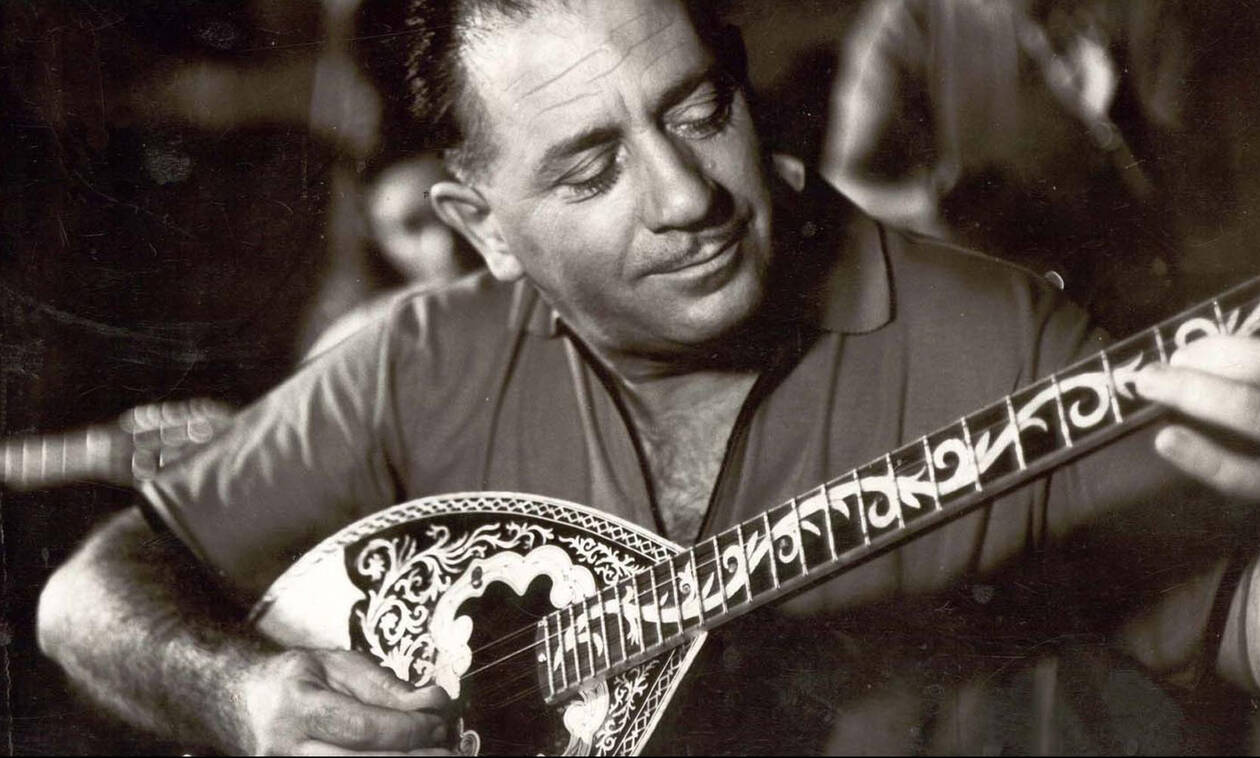 George Zambetas was born on January 25, 1925 at the Plato Academy [1], while his family came from Kythnos.

His parents were Michalis Zambetas, who was a barber, and Marika Moraiti, niece of a well-known baritone of the time.

From a very young age, George Zambetas showed great interest in music, since in parallel with his employment in his father’s barber shop, he secretly “scrambled” his first melodies on the bouzouki. Everything in nature produced sound, fascinated him and helped him in his compositions, according to what he confessed in his biography, shortly before his death.

In 1932, at the age of just 7, he won his first prize as a first grader, playing his first song in a school competition.

Despite the reactions, little George continued to serve his great love with absolute dedication, while his acquaintance in 1938 with Vassilis Tsitsanis played a decisive role in shaping his artistic personality.

In 1940 the Zambeta family moved to Egaleo (Iera Odos 309 and Salaminos 1) and from that moment Zambetas acquired an inseparable connection with the city, which inspired him and gave him the nickname “City”, during a tour of Britain. .

In 1942 and under conditions of misery due to the Occupation, Zambetas formed his first band, with which they sang chants to the girls.

During the 50’s Zambetas writes his first genuine rebetika songs with famous singers, such as Prodromos Tsaousakis (“Like today, like today …”), Stelios Kazantzidis (“Deep in the sea I will fall”), Manolis Kanaridis (“When will you receive this letter”), Poly Panou (“Go and tell my mother”) etc. His talent and amazing playing has been evident since then, however he had not yet settled into the well-known particular style, which established him as a unique “showman” in the field.

Over the next decade, his songs became a huge success, as he made appearances in the most important popular nightclubs, while traveling abroad (Europe and America) and at the same time participating in more than 160 films of the then flourishing Greek cinema.

His creations such as “The sunsets”, “The dawns”, “There is no way to live” etc. They remained unsurpassed and ranked him in the highest ranks of the music scene, according to a statement by Lefteris Papadopoulos: “Zambetas as a composer fits into the top ten of the great figures of our rebetiko and folk song. As a bouzouki player he was the best, in terms of personal sound, but as a showman he was unique. An artist who, if he had been born in America, would probably have starred on the world stage! “

Characteristic of the great creator’s ethos was the statement of Dimitris Mitropanos, who considered him his second father: “Zambetas is the only person in the song who helped me without expecting anything. With all my other collaborators I took something and I gave something “.

During the 70’s, when the morals start to change, Zambetas turns to satire in the form of a show, with his well-known hits “O Thanasis”, “O fifty”, “Indeed sir” etc. to create and again feeling in the audience.

The decline of this genre begins in the ’80s, with Zambetas facing problems in his collaborations, since the era no longer recognizes the values ​​of the past. However, from 1990 onwards, record companies and the media They “rediscover” his songs, which are flourishing again and return to the tastes of the listeners.

Unfortunately, he is no longer only in the west of his career, but also of his life. In early 1992 he did not feel well and his bones ached. When the condition worsened, he was admitted to the hospital with a diagnosis of advanced bone cancer. He died of cancer at Sotiria Hospital on March 10, 1992. He was only 67 years old.

The Municipality of Egaleo honored the great composer twice in life in events he organized in April 1988 and September 1990, while a town square near his house bears his name.